How does a Syrian refugee family with six children adapt to a new environment in a safe country, after living in camps for years?

Homeland is an intimate documentary that observes how a family that fled from the Syrian war tries to make a new beginning in the Netherlands. In the meantime, the parents have to deal with homesickness and the kids have to cope with bad memories. 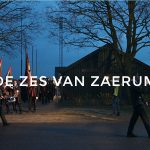